Tiny Mixtapes Great Premiere of the video "All Are One" http://www.tinymixtapes.com/chocolate-grinder/premiere-sophe-lux-mystic-all-are-one


The Love Comet video has been released today! https://youtu.be/YEEoP2iGgmI


A wonderful review of #"The Love Comet" video by Sophe Lux & The Mystic from Stereo Embers Magazine:
http://stereoembersmagazine.com/stereo-embers-video-premier-love-comet-sophe-lux-mystic/

An incredible review of "Love is Waiting" Thank You!!!!!

STEREO EMBERS EXCLUSIVE PREMIER – First track from Sophe Lux & The Mystic’s debut album “All Are One” Written by: Dave Cantrell


It’s a matter of received wisdom that Portland is home to a world-class field of artists of every discipline that, when added up, far exceeds the per capita expectation of a city this size. It’s arguably the primary reason that our once-modest Stumptown has become such a buzz destination in the national – and international – press in recent years. But the fact is, this place has long been a magnet for musicians and writers and filmmakers ( and poets and comedians and actors and…) well before the current – and seemingly ceaseless – wave of hype and notoriety swept over us in a rush of New York Times profiles and the concomitant price spikes on Zillow. Along with all the teeth-gnashing angst over out-of-control gentrification and the loss of ‘Portland’s soul’ (such changes can tend one toward the melodramatic), those of us who have lived here long enough have actually become rather sanguine when it comes to all this profligate creativity. Now, complacency in the face of abundance is to be expected, of course, but complacency in the face of excellence is never good, and when it reaches that point we need that one artist to jolt us out of our self-satisfied stupor. Fortunately for us Portlanders, we have Gwynneth Haynes, the charismatic founder and alter-ego’d figurehead of the band originally called simply Sophe Lux that has now had “& The Mystic” appended, a slightly perplexing irony (which we love around here) since what we’re talking about this time is a project that is unquestionably an outlet for the solo creative flights of Todd’s younger sister. Whereas Ms Haynes (Ms Lux?) had the considerable, near-legendary assistance of Larry Crane and his Jackpot Studios (think Elliott Smith, think Cat Power, think Pavement Decembrists Sleater-Kinney and on and on) who in turn, aside from providing his own not-insignificant musical skills (mainly basslines, drum programming, and a little e-bow), enlisted some crack journeymen for beats and a bit of guitar on an as-needed basis, the driving soul of what became new LP All Are One was all Gwynneth Haynes, and on the evidence of what we’re hearing, ‘driving’ and ‘soul’ are exactly the right words, as are ‘revelation,’ ‘ecstasy,’ and ‘timeless.’ Swaying on that naturally grooving tightrope perched equidistant between Aretha and Grace where both of them are channeling Janis, set against a smooth soulful strut a la Booker T if he’d hired Willie Mitchell and headed off to Muscle Shoals, this thing is a marvel of neo-soul/rock that simply bypasses that ‘neo’ part. Glowing with its own authenticity and damn near seething with the love of what’s possible, it’s very easy to imagine – nay, guarantee – all of Portland (and the rest of the known universe once this track leaks out) laying their worries down and shaking loose the joy. Intoxicating, inspiring, contagious, it’s very difficult to imagine a finer summer moment. All For One is due August 19th, and we – and by ‘we’ I mean all of us, you included – are looking damned forward to this one. 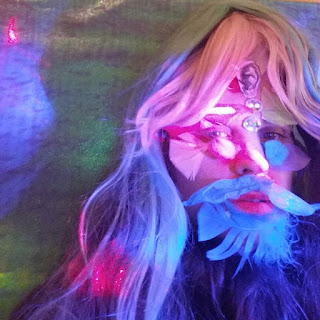 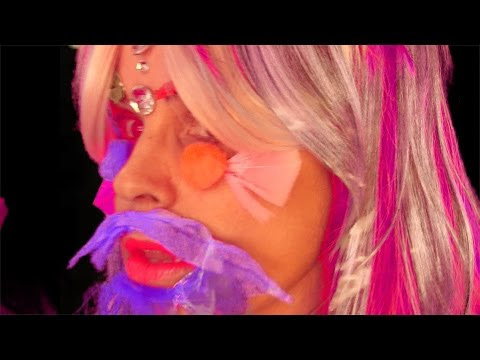